CRH Africa was able to increase their Overall Equipment Effectiveness (OEE) on a press machine, which uses progressive technology tools, by 9% in just 12 months.

This was achieved by using principles of Overall Equipment Effectiveness and Lean Tools. 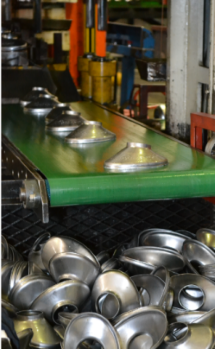 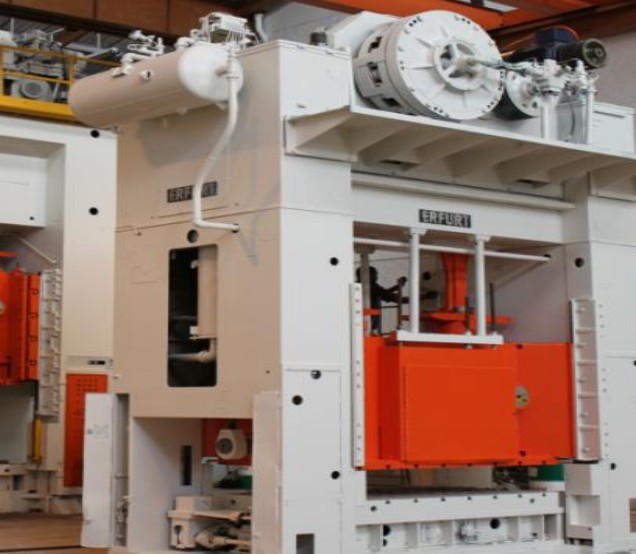 CRH Africa is a manufacturer of seat components and catalytic converters for the automotive industry. It operates principally in South Africa, and has two operating plants, one in Port Elizabeth and the other in Johannesburg. CRH Africa is a joint venture between Pasdec Automotive Technologies and Johnson Controls (Automotive Metals Division). HaldanMES is currently utilized to monitor OEE on their press machines which use progressive technology tools at their Port Elizabeth plant.

In 2011, the Port Elizabeth plant relocated to a new facility in Korsten. The move brought about a new lease of life to the production facility by providing a larger floor space of 11,000m2. This gave them the opportunity to improve the factory flow. 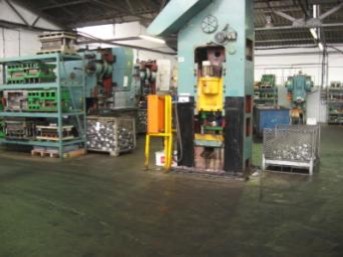 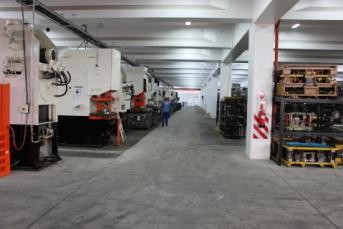 At the new Korsten plant, there are over 350 employees. The factory has 53 presses, ranging from 60 to 800 Ton press capacity.

They manufacture pressings such as cones and shells for a range of customers, including Tenneco, Faurecia, Eberspaecher, VWSA (including door handle assembly parts) and Benteler, amongst others. 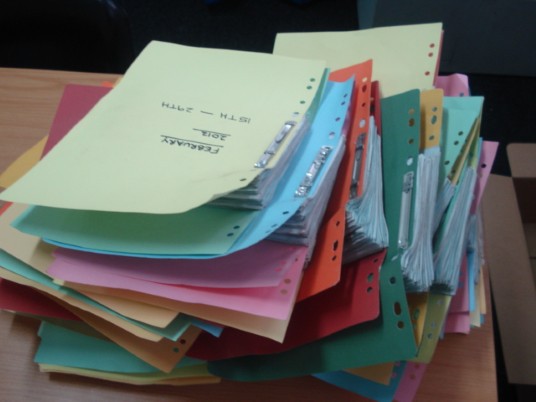 Around the same time as the ‘big move’, CRH Africa decided to do away with its paper-based OEE system. Instead, they chose to use HaldanMES as a supplier of an automated OEE data collection and reporting system. This decision was made due to the inaccuracy of their paper-based data collection, which made it extremely difficult to identify areas in their processes which needed improvements.

In addition, they recognised that without accurate measurement, it was difficult to manage the whole organisation.

At first, the OEE implementation was a challenge because operators were initially resistant, due to their lack of knowledge about computers. They also had an attitude that the system creates more work for them.

However, they were able to change the company culture by involving operators in the continuous improvement activities and creating a platform for them to raise their concerns. This change, particularly in the areas of operations and tooling, was an important factor in the success of their OEE initiative and continuous improvement efforts. 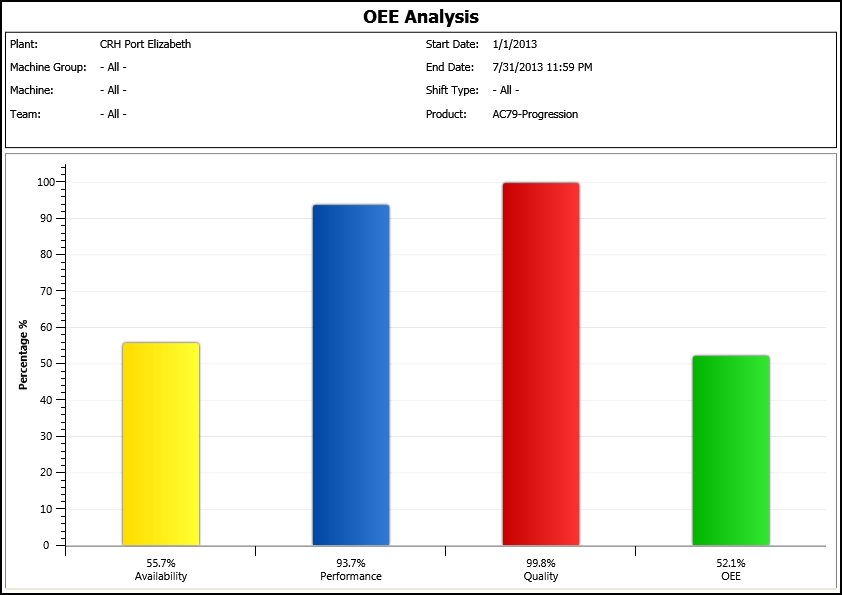 The reports in HaldanMES revealed that, from January until July 2013, CRH Africa’s biggest area of loss was availability. CRH Africa had room for improvement on these machines.A team headed by Lucky Lazarus, Industrial Engineer at CRH Africa, began to investigate losses on their machines which utilize progressive tools to make parts. 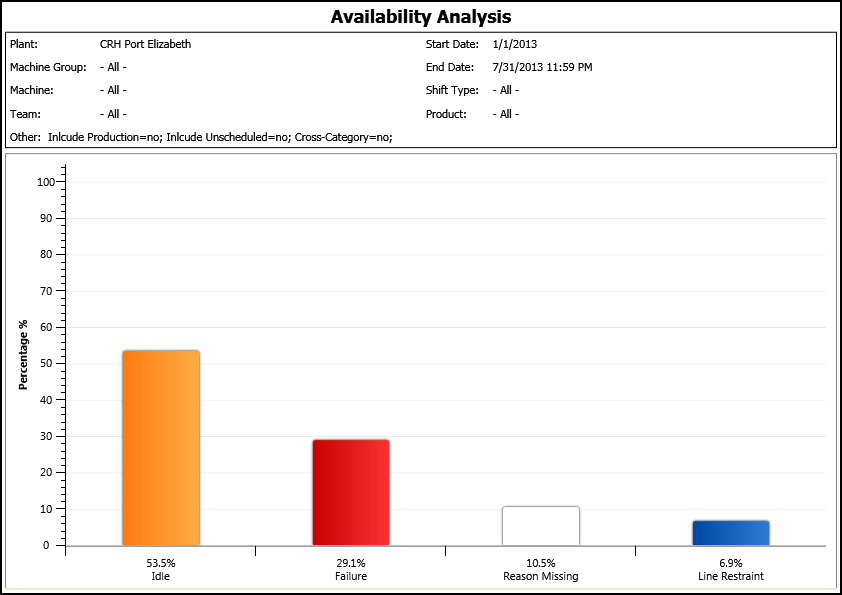 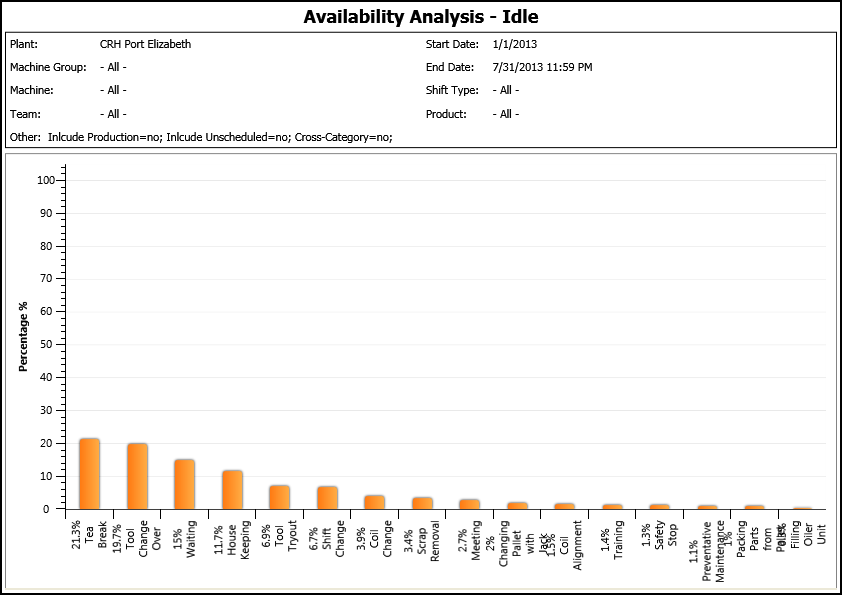 By drilling down, they were able to identify that tea/lunch breaks were the greatest contributor to this idle loss (21.3%). However, CRH Africa believed that this could not be changed in the short term, they focussed all their attention on the second biggest loss: Tool Changes (19.7%).

They needed to focus their attention on minimising these Tool Change losses, in order to positively affect their OEE figures.
CRH Africa identified that during their Tool Change, they were effectively loosing Actual Production Time due to their longer setup times.

This understanding is based on this principle:
Actual Production Time = (Potential Production time) – (Availability Losses)

Their situation was this:

If they could reduce the Tool Change Over time (Idle Category), they would increase the Available Production Time:

Journey towards a quick changeover

CRH Africa followed Shingo’s Single-Minute Exchange of Die (SMED) method in order to ensure quick changeovers. According to the book, "OEE for Operators" (Koch & Productivity Development Team, 1999), SMED is a 3 step process which allows for improvement in OEE through quick changeovers.

What they needed to do was reduce the internal setup time, and change much of what was done internally to be done externally.

CRH Africa achieved this by:

In order to further minimise availability loss due to coil changes, they made the decision to use parallel operations. This meant that instead on one operator performing the tool change, two operators would share the work load, thereby decreasing the time it takes to perform a tool change. 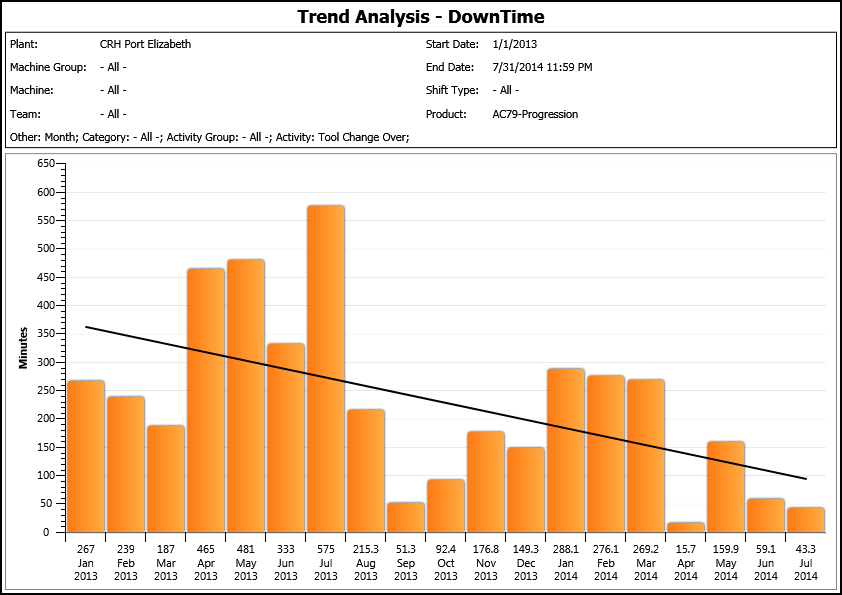 The improvements that were put in place resulted in a visible reduction in the downtime percentage for tool changes. HaldanMES reveals the extent of this improvement as a downtime trend in tool changes from the beginning of 2013 until July 2014.

By using the example of their progression product (AC79 Progression), it means that: 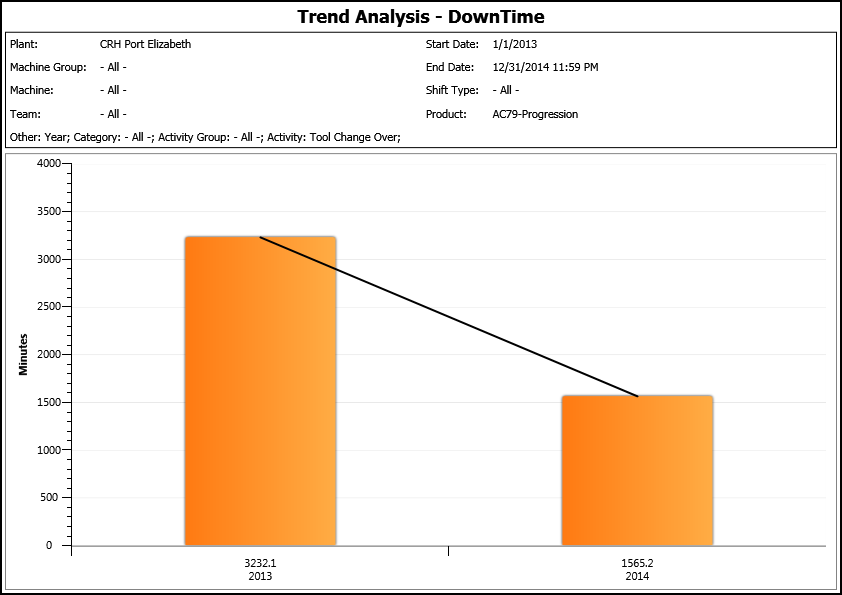 HaldanMES reveals the significance of these tool change improvements, when comparing 2013 to 2014:

Lucky Lazarus explains that this journey has taught them that "by working with data, you can deploy effective corrective actions. And we’ve learned that with accurate data you get Excellent Results."

"HaldanMES has made an absolute difference in our Business,  through paperless real time data Monitoring & Capturing system. It also illustrated the effectiveness of all our Kaizens & Corrective Actions", explains Lucky Lazarus.

After a year, these and other continuous improvement initiatives, such as improving their tooling, ensured that CRH Africa was able to increase their OEE figure for this press machine (which uses progressive technology tools) by 9%. 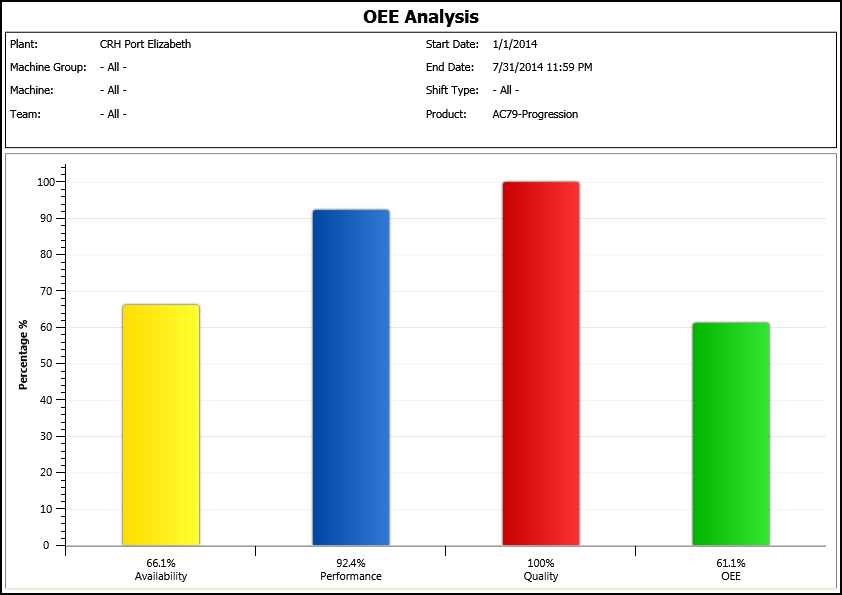